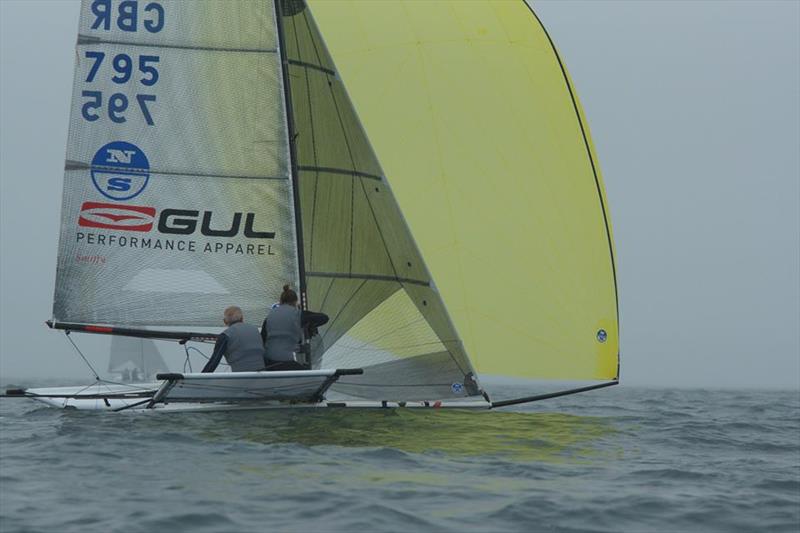 Race 3 and this was the one where most action happened. The main protagonists ended up near the back, but Team Harken rolled the dice on the second beat and banged the corner and jumped the fleet coming in on pressure to lead into the finish over the last lap and a half of the 3 lap race from Donkey (Mark Watts/Chris Bish Bishop) and a recovering Team Gul/North Sails.

Race 4 and the pin pile up occurred but Team Gul/North Sails Pulled off the jump and led from Start to finish protecting the hard left but being hounded by Donkey and Team Harken all the way till the last run where they squeezed a little ground. 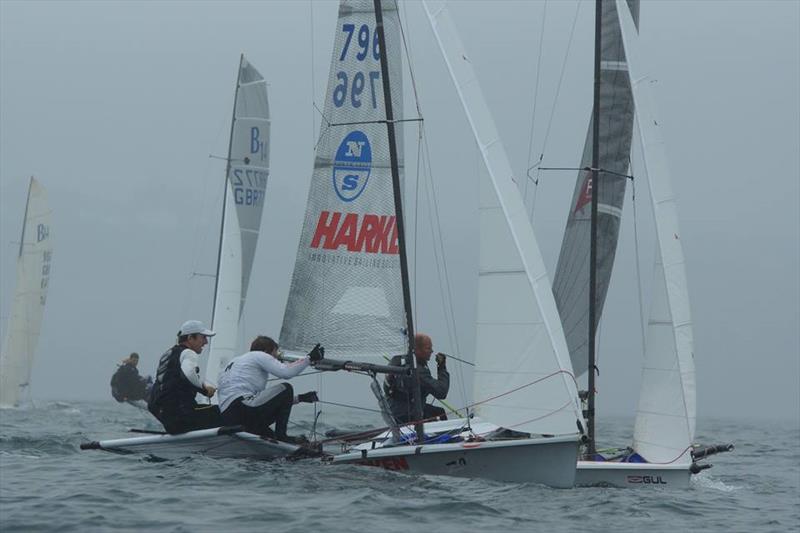 So overnight Team GUL/North Sails lead from Team Harken, Donkey and Team North Sails/Troublegum. After a hard long day on the water, the fleet enjoyed Go Pro footage off Team Harken and the commodore's reception. Tomorrow may or may not happen as big winds and seas hit the SW. One thing is sure this event is going to go down to the wire.