Crispin and Guy (P&B / Asbo) nailed the pin and were first to tack out of the left hand corner to emerge with a healthy lead followed by the ever present Barnsie and Char (Gul) and (Harken) Nick & Toby. Mark & Chris (P&B / Griptech) and Kathy & Josh were also well placed, as were the visiting French team of Sebastian and Sophie who were going like a human cannonball. P&B were buried after a severe brain failure at the start.

Asbo continued to stretch away until they decided to trawl the spreader mark second time round allowing Harken to close and squeeze ahead by the bottom of the second run. 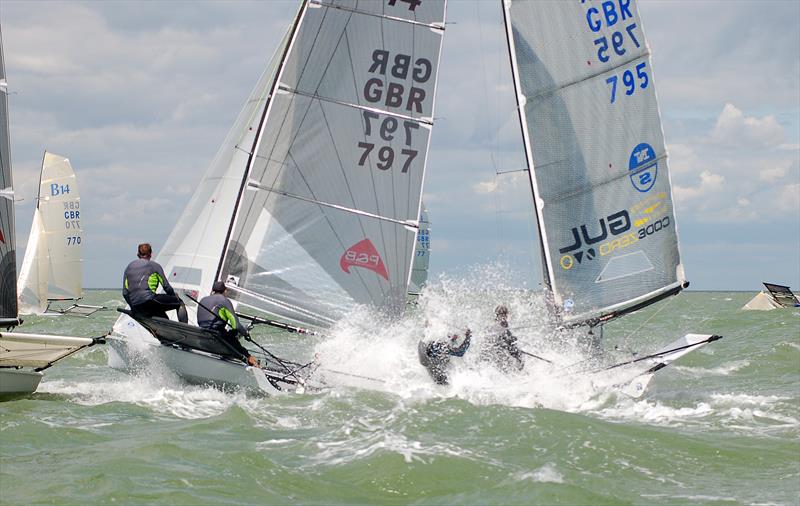 As storm clouds gathered over Sheppey the PRO in his wisdom decided to send the fleet around another time. The subsequent right hand shift allowed those behind to cash in the lucky chips and lay the windward mark in one, leaving those on the left stranded in the freshening breeze. 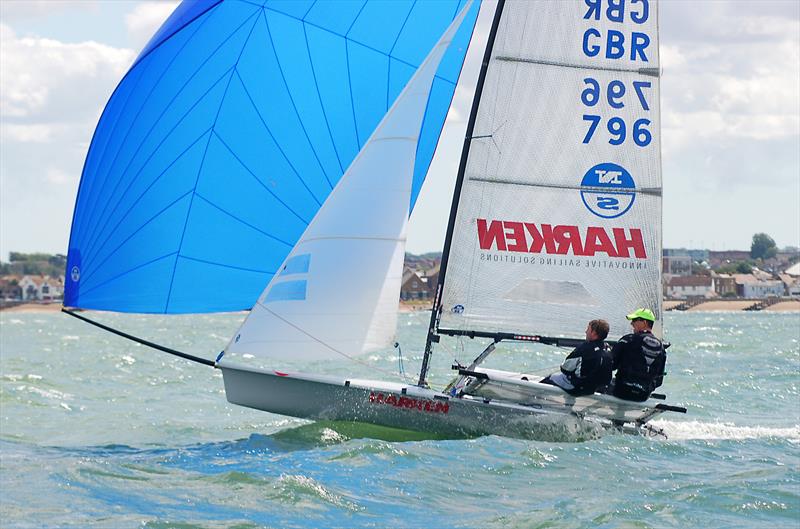 Gul/North sails were first into this and lead to the finish followed by Asbo. With the P&B team of Jasper and Oli breezing through into third with Griptech fighting for fourth and internal boasting rights with Kathy and Josh.

All this change was too much for team Harken who decided the only course of action was to head straight for the finish line whilst everyone else headed for the spreader mark before a tight three sail fetch to the line. 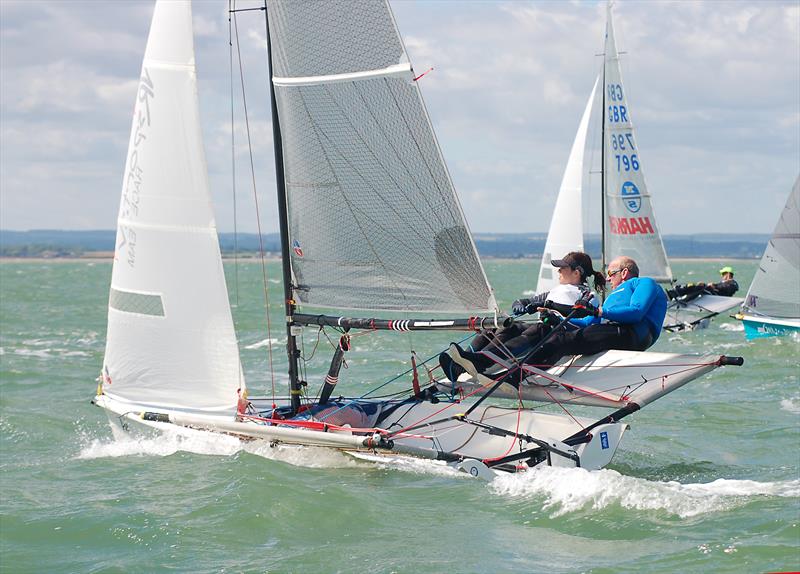 Harken subsequently retired and with team Gul / North taking with bullet and P&B sails teams of Jasper and Oli and Mark and Chris in 3rd and 4th its all to play for on the final day with only 3 points separating the first 4 teams.

4 races are possible the breeze will be light and the sun will be out.