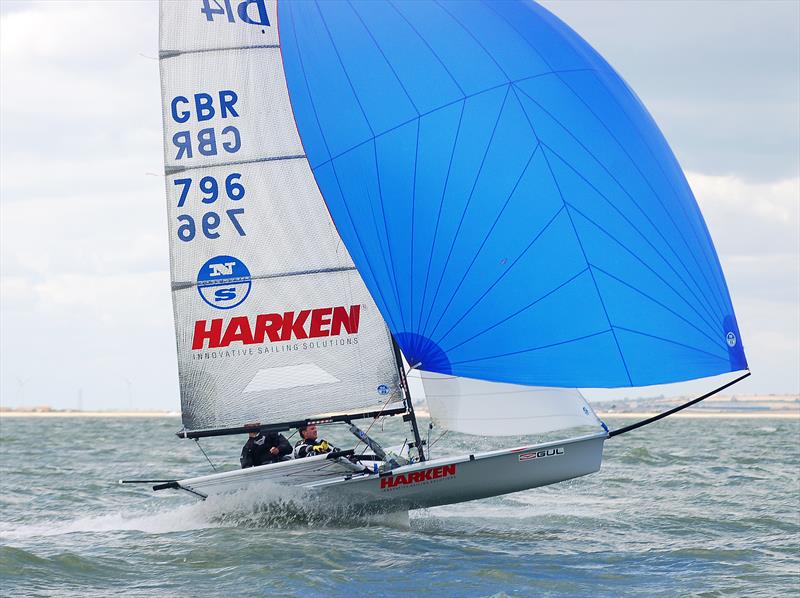 Conditions were for a force 2–3 swinging between West and North North West. Harken and P&B had used their discards, with the next 3, English Braid / Griptec, Gul / North Sails and Dimelza still looking good. 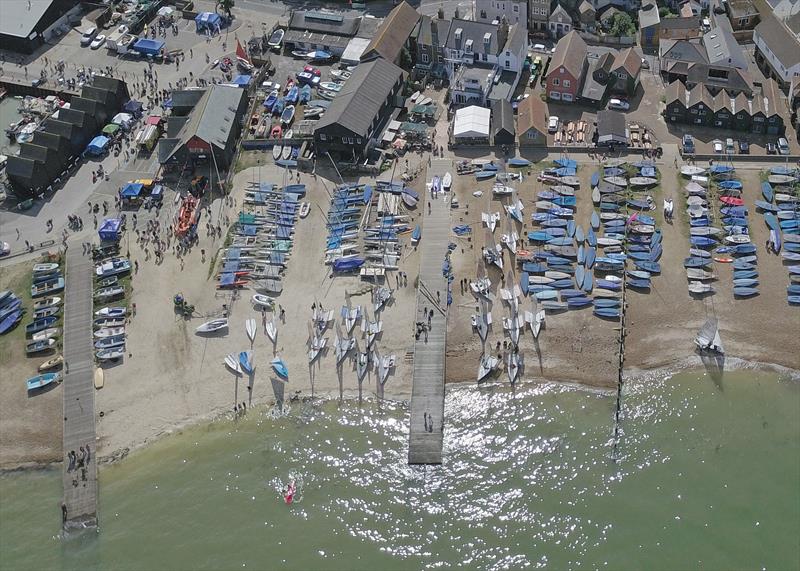 Race 9 was to prove one of snakes and ladders, but the front group gradually broke way with the lead changing several times. At the finish it was Gul / North Sails from Dimelza and P&B, putting more heat on Harken.

Race 10 and Dimelza had a blinder. Having been over the line they worked the right hand side of the beat and clawed their way to the front whilst Gul / North Sails, Harken and the other main protagonists worked the left to middle ground. Dimelza got off to trot and led home, chased by Gul / North Sails and a recovering Harken coming down the middle in pressure passing three B14s in the last 200 metres who were coming from the right.

It seems that Dimelza had woken up and roared to a second straight win in race 1, with Gul / North Sails working through to 2nd, riding shot gun with English Braids/Griptec 3rd and Harken 4th. 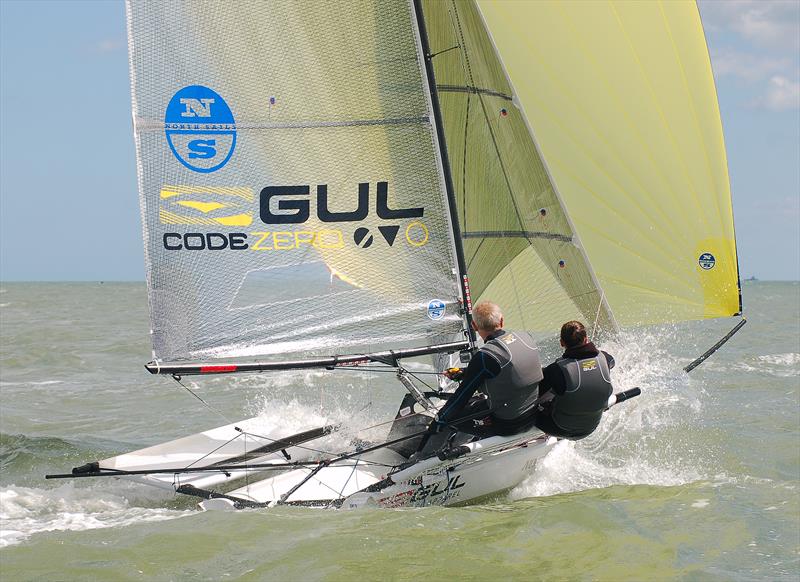 So going into the last race Gul / North Sails had a 2 point lead and Dimelza was close to closing out the podium from English Braids/Griptec.

With 10 minutes until the cut off, Race 2 got away to a left hand shift just before the start, leaving Harken, Dimelza and Gul / North Sails at the committee boat end. As these 3 tracked left, they hit out right to hold a lane to the right side of the beat but the further right, the further you sailed as the wind bent left. Ullman Sails (Kathy Sherratt (Watts)/Josh Wilce) had won the pin and led round the windward mark followed by ASBO (Jack Sparrow/Gi) and a recovering Harken. With Gul / North Sails and Dimelza buried, it was looking sweat for Harken. Over the race Harken turned it on and won from Ullman Sails and ASBO with Gul / North Sails and Dimelza clawing heir way back, but with a lack of lanes to make ground, proved a step to far to recover before the finish. 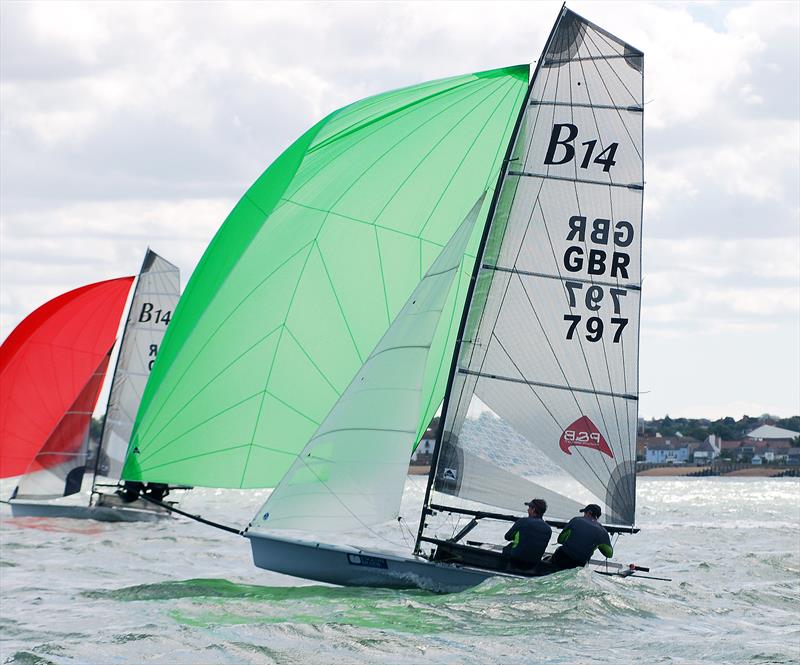 Harken closed out the Gul B14 Nationals by 2 points from Gul / North Sails with Dimelza doing just enough to close out the podium from English Braids / Griptec.

In the Classic fleet Willis & Keightley-Hanson had a great day mixing it with the front pack whilst the Horlocks were close but always behind. As the numbers came in Team Horlock squeaked it from Willis/Keightley-Hanson by 2 points. 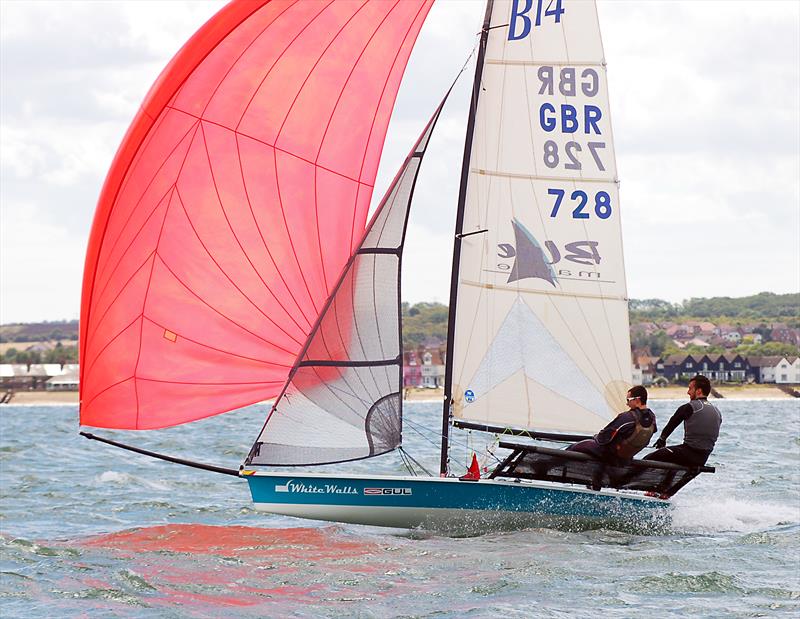 A well organized event run by Race Officer Howard Patterson and his team of volunteers, who had 4 days of testing conditions for all, and support ashore with food from Wizz/Keith and their teams.

Thanks go out to Gul for all the tokens and spot prizes.

The early bird prize, and carbon transom Go-Pro mount donated by Seavolution was won by ASBO, so allowing Jack Sparrow to start filming of his next short film shaking down some manoeuvres.

With the next big event being the Worlds at Beauty Point, Bell Bay in Tasmania at Christmas, it will be a case of who can step up to get the Ashes back off of the Aussies.